“Conserving Historic Vessels” suggested that searching Lloyds Register and Lloyds List for references to a ship were often worthwhile. This proved to be the case.

Lloyds Register of Shipping (accessible for between 1930 and 1945 here: www.plimsollshipdata.org) provided the following info. The explanations from the categories I have included were taken from the Plimsoll site. This has records for Beta III from 1930 to 1943 displaying basic info on length, engines and purpose. 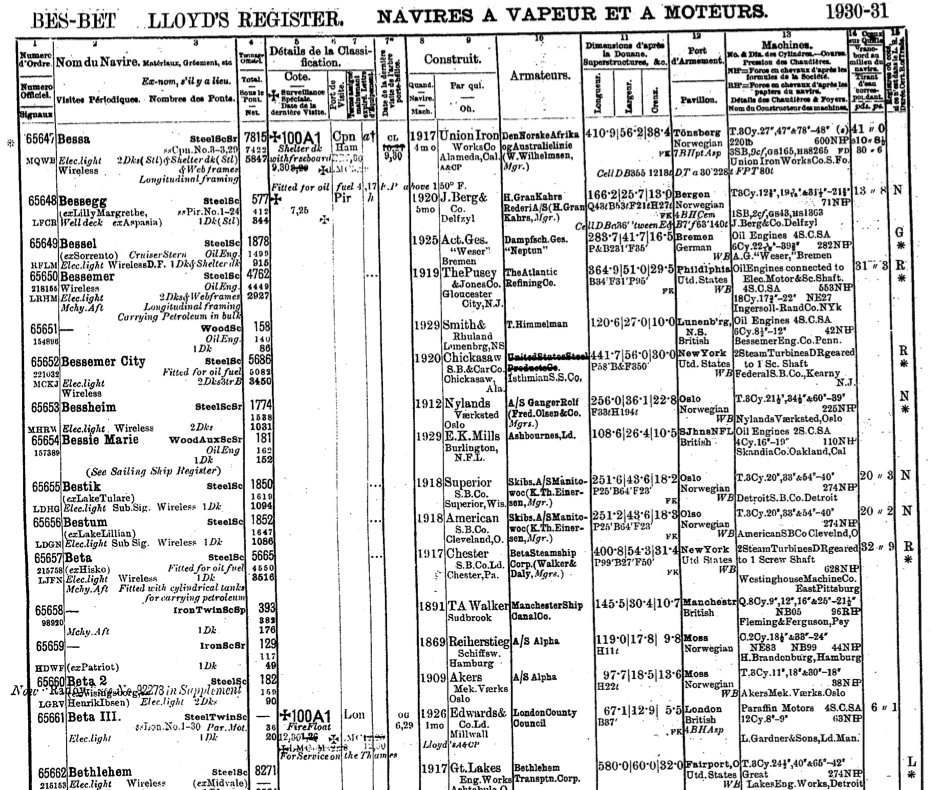 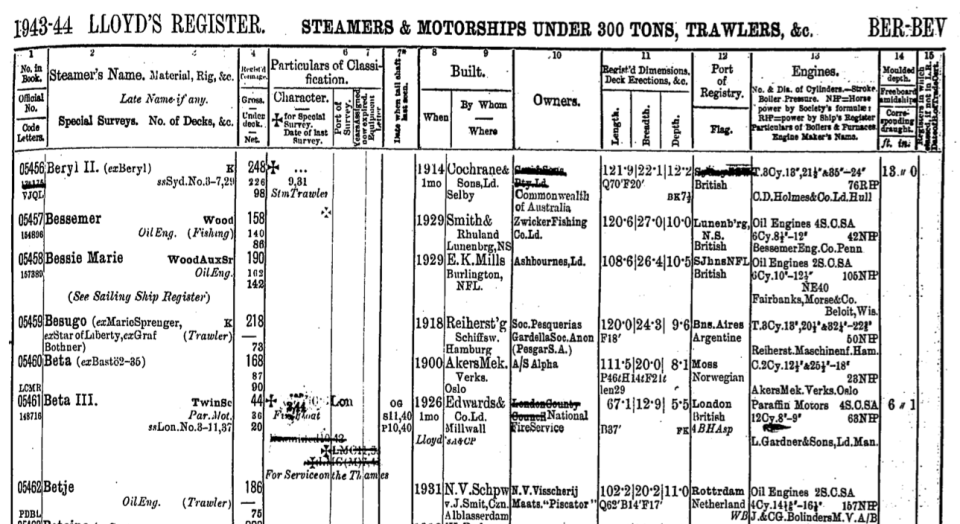 If anyone has any experience with interpreting these listings, please let me know. It is mostly in code and fairly impenetrable.

(A number allocated to a British ship when first registered and which does not change over its British career, even if its name or owner changes.)

(By 1937, most ships were steel, so only other hull materials (wood or iron) were noted.)

(Gross tonnage is a measure of the total enclosed space in a ship. Under deck tonnage excludes any superstructure. Net tonnage is the space available for carrying cargo or passengers – harbour and other dues are based on this figure.)

On some entries for Beta III there is a maltese cross symbol and 100A1. This means that the ship was built under “special survey”. Whereas 100A1 “indicated the character of the vessel, as assessed by the surveyor”. There is also a “DK” on some entries which suggests a direction finding device.

Any former names of the ship are noted alongside the date of change so I can try and find out if she was ever known as anything else.

Still haven’t figured quite how to access Lloyd’s Lists. I think they have copies at the National Maritime Museum in Greenwich and may also have copies of surveys carried out by Lloyds. May need to put in a phone call before I venture to deepest darkest south east London.

5 thoughts on “IN THE ARCHIVES – Further research – Lloyd’s List”