I hate complaining that I am too busy as it is all on exciting and interesting projects but time to record and research and reflect is non existent. Work on the boat has continued. The kitchen has been fitted and painted, there is seating, and a fire and a fully functioning bathroom (more on the shit and sawdust loo later).

The deck continues to be a pain…. the hot summer was not it’s friend with gaps opening up in the teak and a lot of leakage which damaged the floor below. We’ve tarped it over for the winter which doesn’t look great but will allow us to look afresh in spring and reassess what needs to be done and where the water is coming in. The launch has also been pushed to spring as, on balance, there was no advantage to being in the water earlier as the won’t use it as much over winter and it only increases the potential maintenance. She’s happy in Ipswich for the time being until he can make the big move to Fambridge in the spring.

New photos of the taps and bathroom. 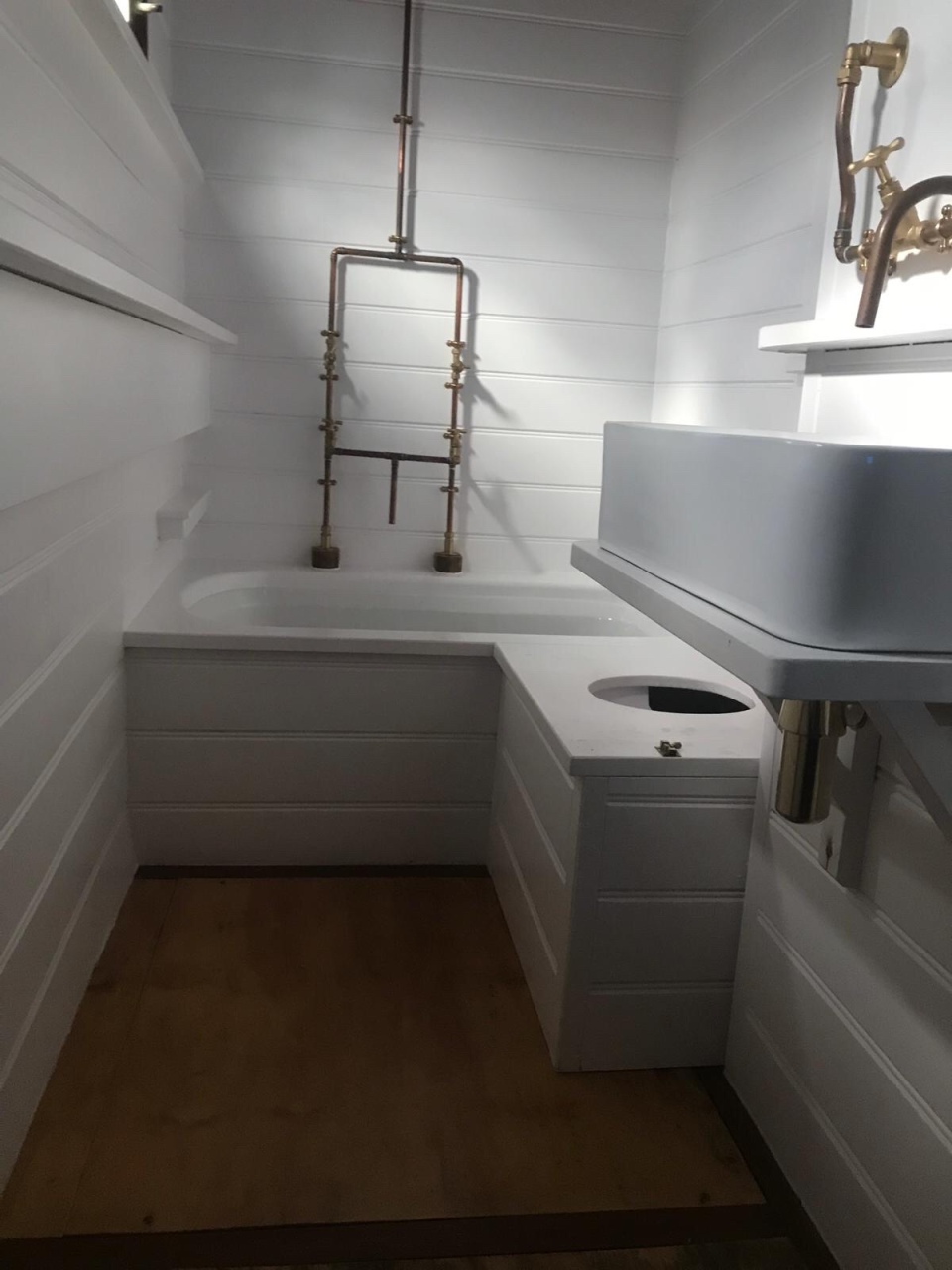 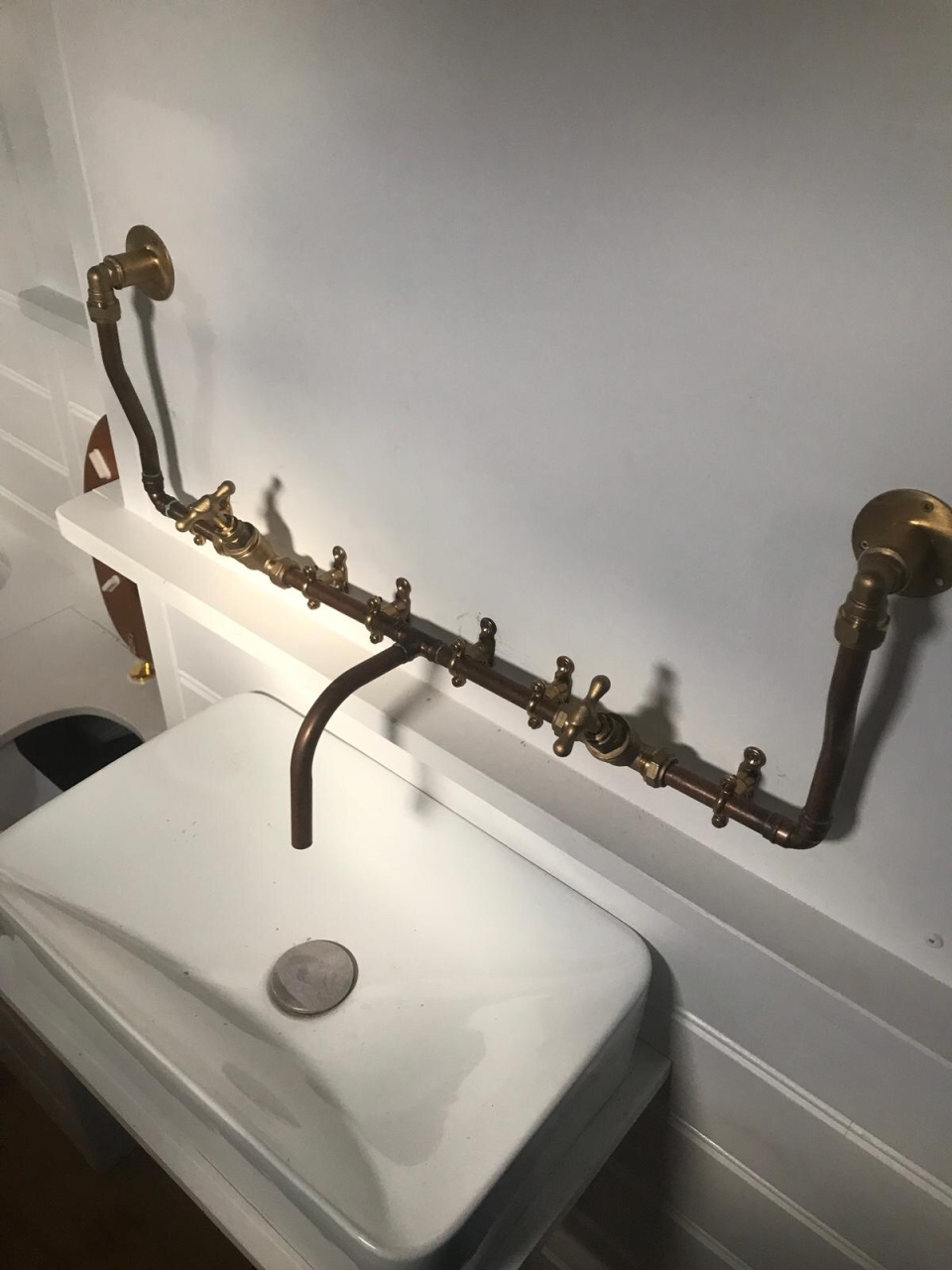