At this point the crane crew took over. Having spent weeks wincing about the cost of the cranes and the lift, I could now see where the money had gone. Two lorries, one massive crane and at least six guys to make it all happen.

The first job was getting the strops (the big orange straps) underneath the boat. These where then attached to the lifting device – a chandelier that helps hold the strops apart preventing the weight pulling them all together and putting pressure on the hull.

The crane then lifted the chandelier up to test the set up and check nothing was twisted. (Note here that the general set up of the lifting equipment does look very similar to the pencil and masking tape construction I made for the lego fireboat). 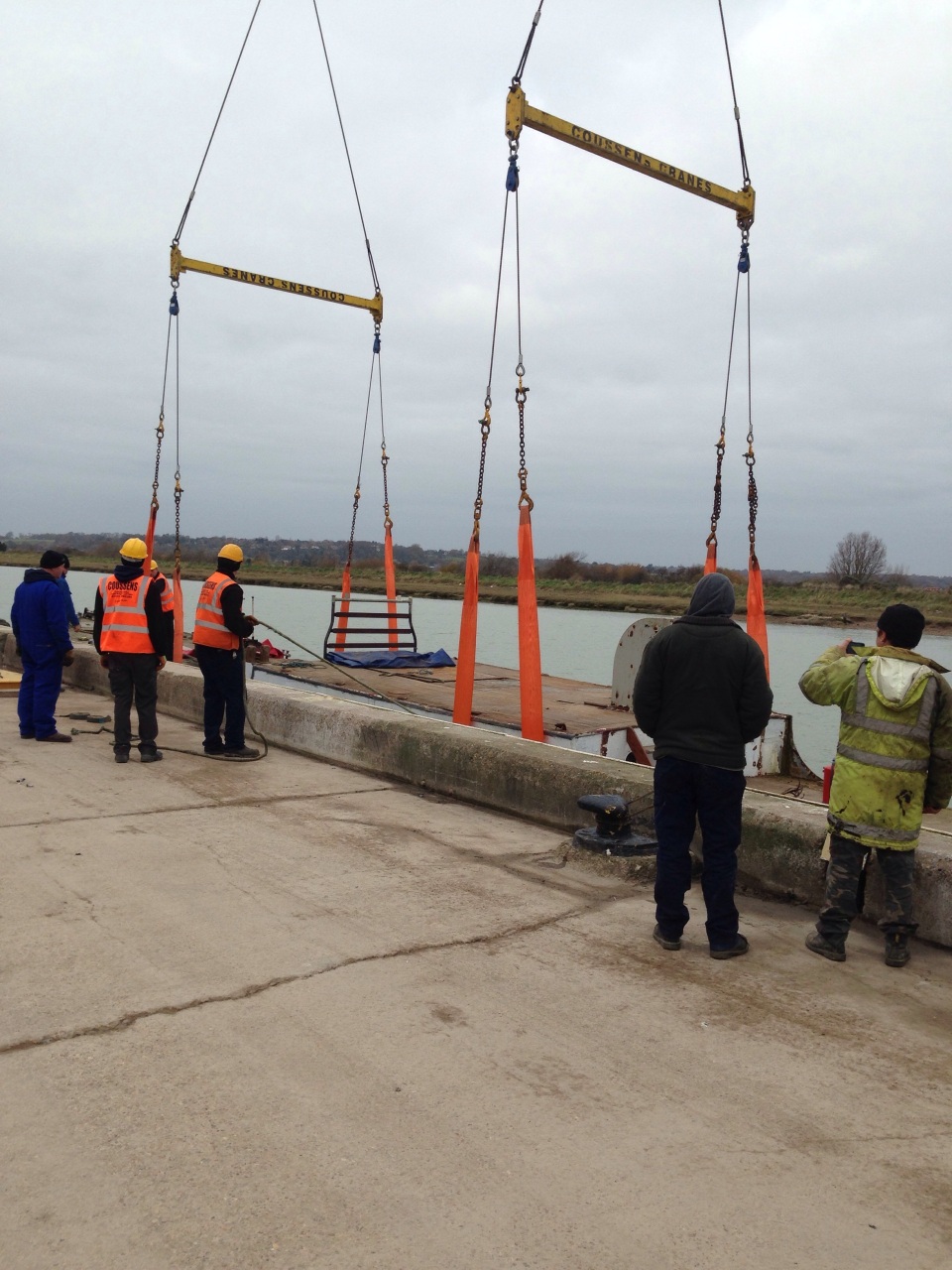 And we were off… If you remember from previous posts, one of the big unknowns was how much the boat weighed. Based on the stamp on the hull and other guestimates, it had been suggested it would be around 28 tonnes. The crane has a lifting limit and was crucial that she wasn’t too heavy. If the alarm on the crane started beeping, she would be too heavy to lift. And you can guess, the alarm started beeping. A whopping 35 tonnes (plus the weight of the chandelier thingy).

Fortunately, as with most things, there is a knack to it. The most strain is during the initial phase of the lift and it reduced as the boat comes closer in to the crane. Betty started to swing and also started to look ABSOLUTELY GINORMOUS. 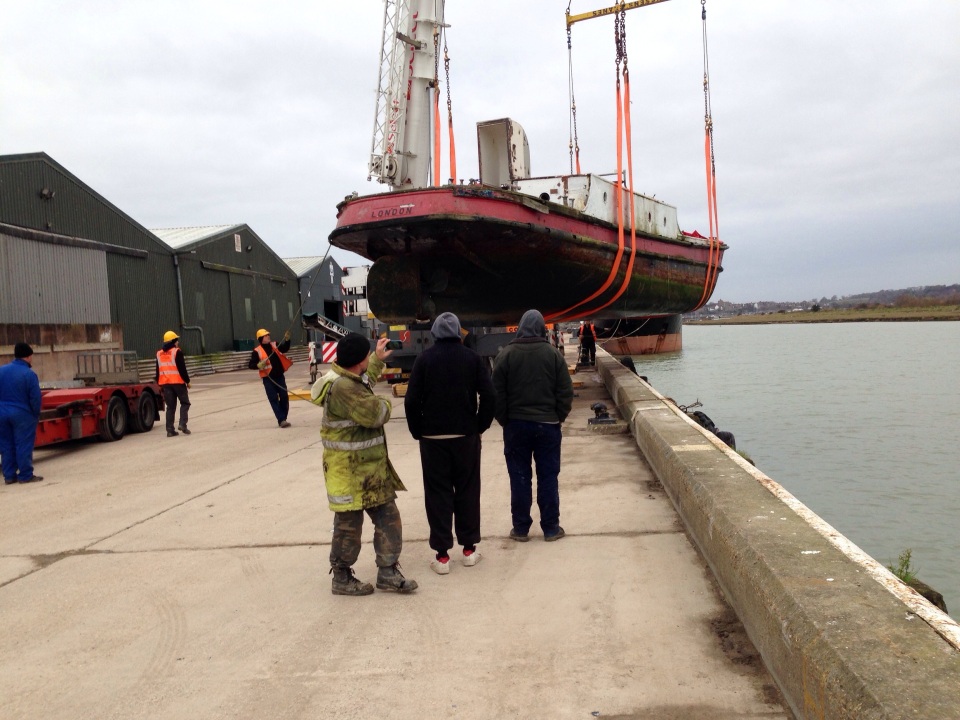 Another cheesy Helen and Boat shot. I must teach Gizzi not to give me that “what the hell are you doing look”.